This is a unique film about the Holocaust and its survivors.

The film makes a unique contribution to the history of the Holocaust, capturing the pain that Holocaust survivors still feel more than 70 years after their liberation and the resilience that has enabled them to live with their memories. In only the words of the survivors themselves, the film tells a vivid story about life stained by the Holocaust.

The film follows their journeys after the outbreak of war through the misery of the ghettos, the unimaginable horrors of the concentration camps, and finding light in the darkness as they build a new life from the ruins of the old. Survivors share their memories to create a seamless mosaic of first-hand accounts. The film combines their intimate testimonies with a comprehensive archive and photographs from the war to bring the stories of twelve Holocaust survivors to the screen. The survivors share their memories, some for the first time, some for the last time, and they bring their experiences closer to a new generation. We see those who survived, those who hid, those who fought as partisans, and those who went through camps like Treblinka, Mauthausen and Auschwitz-Birkenau. While some managed to escape, most struggled to survive until the end of the war. Their stories do not end with liberation. We see how they had to survive the chaos that followed and their struggles to build a new life.

"I was inspired by this project fourteen years ago. I wanted to make sure that the remarkable stories of Holocaust survivors would be preserved for posterity. In recent years, I have met and interviewed a remarkable number of incredible people whose lives have inspired us all. Of the four hundred hours of testimony I recorded and directed, I wanted to create a film that captures the essence of their experiences, contributes to the history of that time, and perpetuates the memory of the Shoah." – Llion Roberts, producer

"This film is the best answer to the solution of the National Socialist annihilation of the Jewish nation and all those who, according to Nazi ideology, were unworthy to live. The film shows that all who survived the camps were first and foremost human beings. People who experienced all these horrors proved to themselves and to the world that they were worthy to survive. They survived to speak about the truth that the world must hear and learn from, so that it never happens again! Unfortunately, many of them are no longer with us, but they have left this film as an inheritance to speak on their behalf." - Branko Lustig, producer of Schindler's list

"A masterful documentary"
Ron B. Meier, Executive Director of the American Society for Yad Vashem

"What gives ‘Destination Unknown’ its power is the focus on the trauma endured by the survivors"
Nick Hasted, The Independent 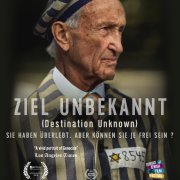 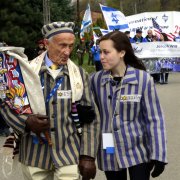