Concentration camp survivor Max Garcia passed away on January 09, 2021, after being tormented internally in recent months by the terrible memories of concentration camp stays at Auschwitz, Mauthausen, Melk and Ebensee.

Max was born in Amsterdam in 1924 to a Dutch-Jewish family, arrested in Amsterdam in 1943 and deported first to Auschwitz. He survived in Auschwitz and remained in various parts and commands of the camp until January 1945, when he was transferred on the last transport from Auschwitz, which arrived in Mauthausen on January 26, 1945. Like many others from this transport, he was first detained into the Melk subcamp and later on one of the death marches to the Ebensee subcamp. Ebensee was liberated on May 6, 1945, and after some time Max decided not to stay in Europe but to emigrate to the United States.

There he managed to finish his education as an architect and start his family in San Francisco.

Max Garcia was a tireless teacher in the work of remembrance and for many years he organized those survivers who emigrated to the USA after the liberation to come to the liberation ceremonies in Mauthausen.

From the 1970s to the 1990s, he also tried to bring to the liberation ceremonies on the "round" commemoration days the first liberators of the US Army who were still alive at that time (the crew of the tanks who drove to the infirmary on May 5, 1945 and then opened the garage door). He himself traveled from the USA to the liberation ceremonies every year from 1989 to 2008.

Max Garcia was a long-time friend and fellow campaigner in the work of remembrance. We will miss him. 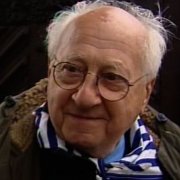 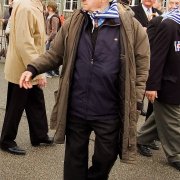