The topic of this year’s commemoration and liberation ceremonies, organised by the Mauthausen Committee Austria (MKÖ) and its network, will be "Destroyed Diversity". This theme points to the diversity among the groups of victims who were persecuted, displaced, detained, or murdered by the Nazis. A special focus is placed on those groups of victims who were detained at Mauthausen Concentration Camp and its satellite camps. This year, too, the topical focus also includes current issues as well as solidarity movements.

Since 1946, the commemoration and liberation ceremonies in the Mauthausen concentration camp memorial and in places of the former satellite camps have been organized and carried out by the survivors or their associations.

Due to the Covid-19 pandemic, the international liberation ceremony and the festival of joy can only take place in compliance with the current safety measures. Detailed information on both commemoration ceremonies will follow shortly.

As last year, we would like to be present on social media during our virtual memorial weeks. This year's theme is dedicated to the diversity of victim groups who were persecuted by the National Socialists. The largest group of prisoners in the Mauthausen concentration camp were "political" prisoners and those persecuted on racial grounds. At the bottom end of the ranks were those stigmatised as "Jews", "Gypsies", and "homosexuals" as well as Soviet prisoners of war and many other Slavic groups of prisoners. Even today, people are still categorized into groups. Discrimination, anti-semitism, racism and right-wing extremism are problems for society as a whole.

On social media, the Mauthausen Committee Austria also focuses on. We therefore invite you to make a statement for diversity and for a Never Again on social media as well. To give you some ideas on what to do, we have already compiled possibilities in this document attached.

If you want to follow our ideas, we have also designed posting templates for you to make implementation as easy as possible. These are created in Power Point, where you can easily insert your text and image. Then simply go to File - Export and select the correct file format (jpg). You can then use this photo for your post on social media.

More information about the virtual commemoration

Aside from the commemoration ceremony in Mauthausen, there are numerous memorials held every year in those places where the former subcamps to Mauthausen Concentration Camp were located, and in other places of former Nazi terror all over Austria.

The first survivors to return to Mauthausen in larger groups were French concentration camp survivors. Beside the French, there were a large number of groups from other nations who returned to Mauthausen for their national commemoration, insofar as the political situation of the time in their respective home countries permitted it. The Mauthausen Committee Austria (MKÖ) has taken on this task as the successor organization of the Austrian Mauthausen Camps Association (ÖLM).

NEW: Your donation to Mauthausen Committee Austria is tax-deductible!

The financial support of the Concentration Camp memorial by the federal states does not cover the organisation and conduct of the commemoration and liberation ceremonies by far. We thus invite you to take a stance with your donation and support our work. (MKÖ donations account, AT62 1400 0100 1067 4528). Donations are tax-deductible if First and Last name, date of birth, and purpose: Donation Liberation Ceremony/Befreiungsfeier 2021 are put down for the transfer.

The "Mauthausen Satellite Camp App" by Mauthausen Committee Austria provides free information, photos and videos about the history of the Mauthausen Concentration Camp system for everyone. Not only digitally native youth but also historically interested persons of all ages can now engage in virtual visits to all Mauthausen satellite camps.

"In memory of the blood shed by all peoples, in memory of the millions of brothers assassinated by Nazi-Fascism, we solemnly swear to never abandon this path. We want to erect the most beautiful monument that one could dedicate to the soldiers who have fallen for the cause of freedom of the international community on a secure basis: A world of free men! We direct ourselves to the entire world, shouting: help us in this work!" (Excerpt from Mauthausen Oath)

Survivors of Mauthausen concentration camp and sub-camps were liberated by US troops at the beginning of May 1945. Since 1946 the Liberation Ceremony has been organized and conducted by survivors and their organizations. As successor organization to the Austrian Association of Mauthausen Survivors, Mauthausen Committee Austria has taken on this task. The events serve as an act of memorial for the victims of Nazi terror and persecution, as well as a rallying call against all kinds of intolerance, dictatorship, xenophobia and anti-Semitism: a moment of solidarity with victims of the past and present. Each year since 2006, the Memorial and Liberation Ceremonies have been dedicated to a specific theme related to the history of CC Mauthausen or Austria’s Nazi past. Each annual theme has a direct reference to the present as an essential aspect and aims to establish a relation today’s personal realm of experience, especially for young people.

Because over 90% of the victims were neither Germans nor Austrians, we vest international importance in the remembrance of the victims of Mauthausen concentration camp and its satellite camps. Die International Memorial and Liberation Ceremony is by far the largest memorial and liberation ceremony worldwide. Tens of thousands of people participate annually, including the last living survivors of the Mauthausen concentration camp and its satellite camps, from Austria and abroad, including numerous young people.

The Austrian Mauthausen Committee organise the events together with his partner organisation Austrian Association of Mauthausen Survivors, Comité International de Mauthausen and other organisations. In addition to the liberation ceremony in Mauthausen, each year numerous memorial ceremonies are held at locations of former satellite camps of CC Mauthausen and other locations of Nazi terror; annually over 45,000 participants attend these ceremonies. The current Event Preview for Memorial and Liberation Ceremonies 2019 is attached and also available for download at www.mkoe.at.

The distribution of memorial and cultural events throughout the region is particularly appropriate to highlight how comprehensive the concentration camp system was and to avoid a focus solely on the Mauthausen site. The history of the sub-camps is closely tied to European history – in these camps thousands of people were worked to death through forced labour in the production of armaments. 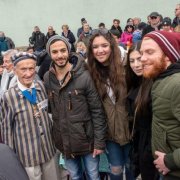 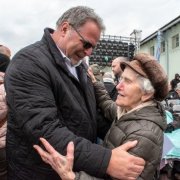 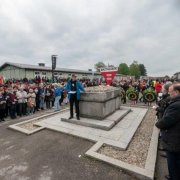 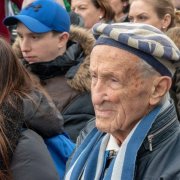 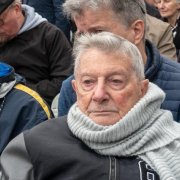 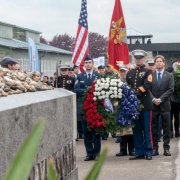 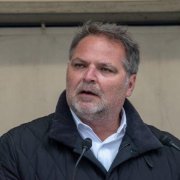 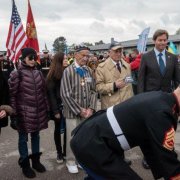 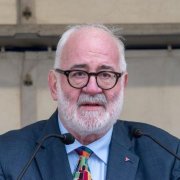 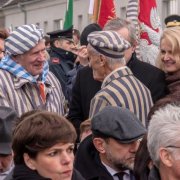 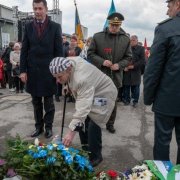 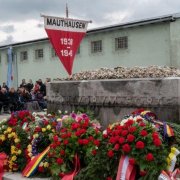 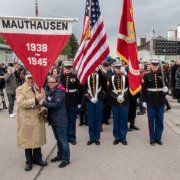 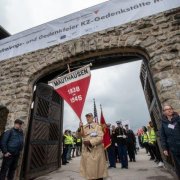 "Is that all forgotten?"

Virtual Commemoration 2021 - Be there!

Send us a video or post your statement on Social Media!